Detecting Fires to keep the Community safe: First Camera installed in Peregian to detect and report on Fire Outbreaks 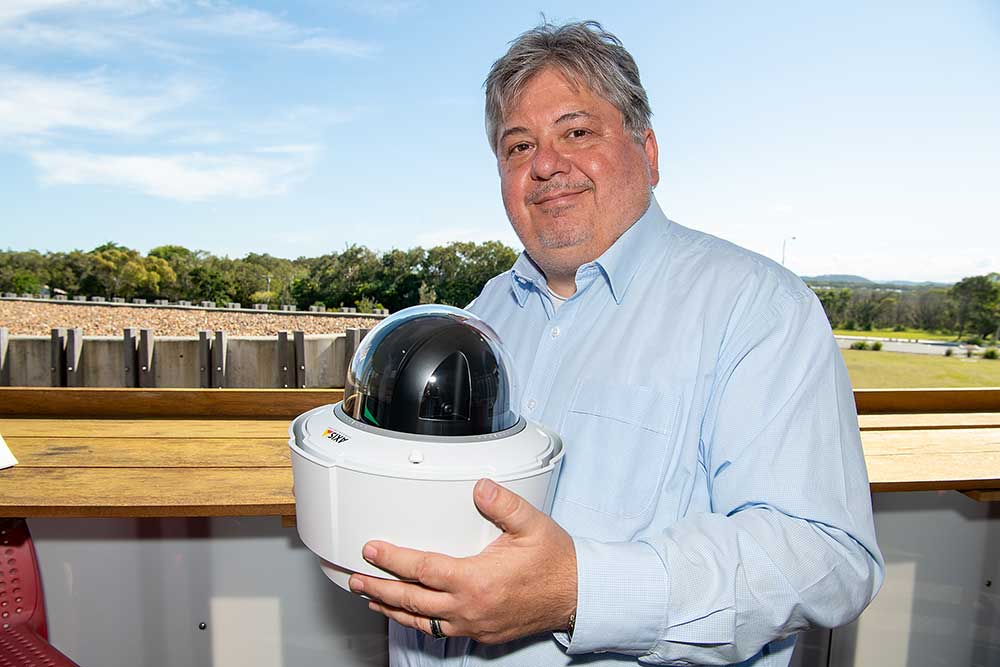 Protecting the community is at the heart of what Fireball.International does.

A global company based locally at the Digital Hub in Peregian Beach, Directors Chris & Gabrielle Tylor were devastated when the fires threatened to engulf the area late last year.

They knew their company, Fireball.International, could make a difference by detecting and identifying fires in less than three minutes and alerting authorities so that action could be taken swiftly.

Currently, it takes approximately 45 minutes for a bushfire to be reported. Relying on the human eye and the concern of inquisitive observers, it is often by chance that a fire is first noticed and reported. Precious minutes are often wasted as onlookers are not sure whether the fire has already been reported.

But artificial intelligence combined with satellites and ground sensors are changing all of that.

The impact of mobilizing emergency services within minutes can make all the difference in being able to protect and save lives, homes, businesses, and the animals who call the bushland home.

EVEN SMALL FIRES ARE AUTOMATICALLY DETECTED WITHIN 3-5 MINUTES WITH A NEAR-ZERO RATE OF FALSE POSITIVES.

The camera installed today at the Peregian Digital Hub is an initial test camera and its images will be transferred directly to FUEGO-Intelligence, a powerful artificial intelligence hosted in the cloud.

Co-founder and managing Director of Fireball.International, Christopher Tylor said, “This camera, even though it is a temporary test installation, will monitor the area around the clock.”

“We have other cameras ready to roll out and the satellite is in place to deliver this service right here – right now.” Christopher said.

Fireball’s FUEGO system is implemented in California and has proven to be more reliable, faster, and accurate than the existing alternatives.

Currently, their Artificial Intelligence Engine is processing nearly one billion images per year from ~1000 ground-based cameras detecting fires as early as a minute after they start. Fireball is also analysing around 500,000 satellite images per year (one every 60 seconds).

Fireball.International will be hosting a demonstration day, in conjunction with Helitak and QFES where they will be able to demonstrate their capabilities to the media, all levels of government and other key stakeholders.