Wildfires and the insurance market: A Wake-up Call!

Over the last decade, this planet has experienced some of the worst fires in recorded history destroying millions of hectares of land, lives, properties, ecological systems, and infrastructure. In the past, wildfires were typically started by lightning strikes or human activity, but now climate change is playing an increasingly important role. As the climate continues to warm, wildfires are becoming more frequent, last longer and are more intense. In the western United States, the wildfire season is now 78 days longer than it was in 1970,  and the average size of wildfires has increased by nearly 60%. Hotter temperatures dry out vegetation, making it more flammable. At the same time, changes in precipitation patterns have led to longer periods of drought. These conditions create an ideal environment for wildfires to ignite and spread. The resulting economic losses are unprecedented and have far-reaching consequences for the stability of the insurance industry.

Impact of increasing losses on the insurance market

Massive economic losses due to unprecedented wildfires fuelled by climate change harden the insurance landscape for property and asset owners. From 2011 to 2018 losses increased to almost U$4 billion a year for the American insurance industry alone, resulting in massive price increases in the commercial and residential markets. Between 2010 and 2016 the insurance had to cover more than U$1 billion a year, but losses soared to more than U$15 billion in both 2017 and 2018. In total, California wildfires caused U$24 billion in losses in 2018, with U$18 billion of these damages insured.

Australia continues to suffer from increased temperatures and the severity of droughts associated with climate change. The Black Summer in Australia made headlines with economic losses of A$5.47 billion, destroying millions of hectares of land, and thousands of buildings and devastating countless communities in NSW, Victoria, South Australia, and Queensland. Between November and February, almost 23,000 fire-related insurance claims were filed in Australia (NSW, Queensland, Victoria, and South Australia), totalling roughly A$1.9 billion (ICA 2020). According to the ICA’s Insurance Catastrophe Resilience Report 2020-21, Perth Hills bushfires (Western Australia) alone incurred A$93 million.

While the majority of direct losses caused by wildfires are attributed to residential properties,  certain business sectors face higher risks of economic losses due to the nature of their business.

Specific industries such as forestry and plantations are especially vulnerable in the event of a catastrophic fire. In an extreme event of a wildfire, forest fires can destroy timber that took between 28 to 35 years to reach full maturity, creating knock-on effects for sectors such as timber supply, logging infrastructure, pulp and paper, and the construction industry. For example, the 2009 Black Saturday Fires in Australia, have destroyed approximately A$600 million of timber. In the aftermath of a bushfire, it can take years for forests and plantations to recover. This is because many trees are killed by fire, leaving behind bare soil that is susceptible to erosion. The 2019-2020 bushfire season was one of the worst in recorded history. In 2019-20, more than 5 million hectares of NSW were impacted by fires on national parks, state forests, and private property. Native State forests covering 830,000 hectares and 62,000 hectares of state timber plantations were damaged.

Although commercial plantations are smaller than native forests, they produce a greater volume of wood. Plantations in NSW and Victoria have been affected the most. In NSW, 71,000 ha of softwood and 21,000 ha of hardwood were impacted. Almost half of the total area of public native forests and 17% of private native forests were in the fire area. Many insurers suffered major losses on their forest portfolios due to fires. As a result, plantations and forestry became uninsurable.

Agriculture is another area affected by wildfires, where fires can kill livestock and destroy crops and property. For example, the 2009 Black Saturday fires in Victoria caused A$733 million of agricultural damages. According to the National Interagency Fire, 7.7 million acres have been lost through fire in 2021, and so far in 2022, over 4 million acres have been burned in the United States. The Australian food industry suffered more than A$4 billion economic loss caused by the  2019-2020 bushfires.

The loss of agricultural land can lead to increased competition for resources and higher food prices. Even farmers who have not been directly affected by fires can feel the impact, as the smoke from wildfires can damage crops and cause respiratory problems in livestock.

Not only do they destroy crops and pastureland, but they can also damage farm buildings and equipment. In addition to the direct costs of repairing damage, farmers must also contend with higher insurance rates and lost income. Farmers who have lost crops or livestock to fires often find it difficult to recover, as they may not have enough insurance coverage to cover their losses. As a result, wildfires can have a profound financial impact on individual farmers and the agricultural industry.

The tourism industry has also been adversely impacted by bushfires. Popular tourist destinations such as parks and resorts had to be closed, tourists had to be evacuated, booking rates decreased, and cancellations increased significantly due to fire concerns, resulting in an estimated A$4.5 billion loss in the tourism sector. Factors such as safety concerns, smoke haze affecting peoples’ health, and recovery time of burnt-out communities are key concerns that keep tourists away.

Damaged power infrastructure does not only lead to power cuts but also has a direct impact on the communications sector, which in turn has a tremendous impact on the financial stability of the insurance industry. For example, the 2007 Tatong bushfire in Victoria has cost the economy A$234 million because of power loss to over 620,000 households and businesses. Electricity utilities are particularly exposed to liability risks if their assets are found to be responsible for igniting a fire. Power line sparks due to falling trees, or clashing lines can start a fire and encourage fires to spread rapidly. The wildfire risk has increased substantially due to more people living in fire-prone areas, necessitating more power lines. Following the recent fire events, California’s insurance premiums have reportedly quadrupled since 2017. 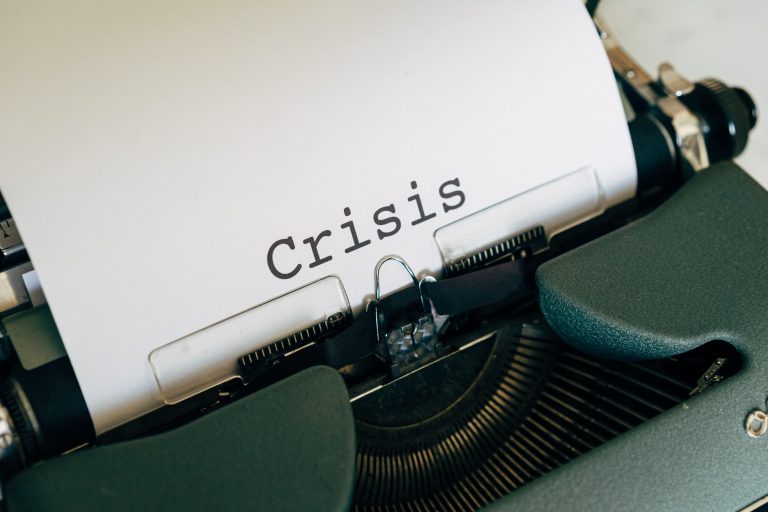 Reinsurers pull out of wildfire-prone areas as insurers seek to control their aggregate exposure and mitigate individual risks. Commercial and residential policyholders are struggling to cope with the exorbitant costs of insuring their assets. The current trend is that rate pressure will not relax anytime soon. In the face of these tough conditions, some feel forced to buy less coverage or even take the risk and forego insurance altogether.

According to Ernst Rauch, the head of Climate and Geosciences at Munich Re, insurances need to consider the increasing losses in their pricing and risk management. He points out that measurements to prevent fires are crucial to mitigate casualties and damages.

As extreme weather events increase in frequency and intensity due to climate change, there is a growing need to start protecting our assets. Insurers such as Nationwide and Statefarm have partnered with Wildfire Defense Systems (WDS) to consult insured homeowners on how to prepare their homes to withstand a wildfire better. In the event of a fire, they may implement suppression measures such as sprinkler setup, fuel break preparation or apply fire-blocking gel. They also provide real-time information to nationwide’s clients about a wildfire threatening their property.

This added layer of protection is an additional benefit at no extra cost to Nationwide’s or Statefarm’s policyholders.

According to the Productivity Commission, 97% of the natural disaster relief in Australia is utilized after an event has occurred. Only 3% are invested to mitigate future disasters. The Insurance Council of Australia (ICA) wants to shape a more resilient community requesting that the Federal and state governments increase investments that help mitigate impacts before disaster strikes. One approach to this unprecedented challenge is simple: Detect fires early to put them out fast.

The Australian National University (ANU) modelled the potential impact of earlier detection of fires which increases the effectiveness of initial fire suppression efforts on the economic costs of Australian bushfires. ANU’s report predicted the costs of fires over the next 30 years to be significant, up to $2.2 billion per year. 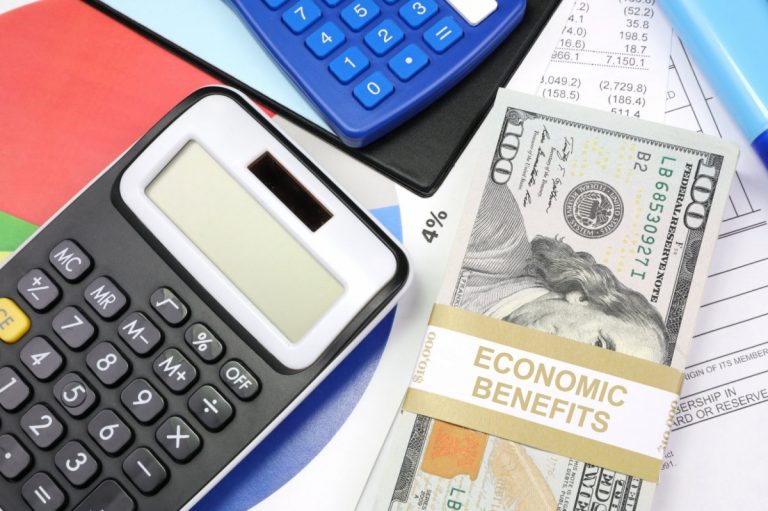 In contrast, considering an increase in the number of economically damaging fires due to climate change, even with conservative estimates, ANU’s analysis forecasted an economic benefit in the reduction of large fires from investments in early fire detection of around A$14.4 billion or A$480 million per year.

Even though wildfires always have the potential to be destructive, the actions we take to mitigate, prepare, and respond to severe wildfires will ultimately determine the level of severity and the degree of recovery from social, environmental, and economic impacts.

Greg Mullins, an internationally recognised expert in responding to major bushfires and natural disasters and one of the Emergency Leaders for Climate Council (ELCA), recommended that new rapid fire-detection technologies should be trialled. In their submission to the Senate Inquiry following the 2019-20 Australian bushfire season, ELCA pointed out that with the growing number, intensity, and frequency of bushfires, there is a pressing need to detect fires as soon as possible after ignition with the goal of fighting, containing, and extinguishing them before they get out of control and overwhelm firefighting resources.

Until recently, we relied on humans to spot and report fires, but this can take up to 90 minutes within semi-urban areas. exci has developed an innovative solution to this global problem. exci’s technology is powered by powerful machine learning algorithms (Artificial Intelligence) that were trained to detect fires within minutes after ignition. exci’s advanced AI models analyse images of ground-based cameras and satellites for the presence of smoke and heat, indicating fire. If a fire is detected, emergency services or first responders of asset owners are immediately notified.

The effectiveness of exci’s system was already demonstrated in commercial rollouts in Australia (plantations with over 2 million hectares) and a large-scale proof of concept in California (over 125 million acres).