La Nina has arrived, but that doesn’t mean we are out of the woods when it comes to bushfire threats. This weather phenomenon is often associated with above-average rainfall, which is great news after the devastating bushfires we experienced in the last two years. However, we cannot afford to become complacent. In fact, conditions could be even worse the coming years due to rampant grass growth and increased crop fuel loads. There is a real danger of escalating fires associated with prolonged heatwaves during La Nina years. This is because more heat is retained in the atmosphere, causing conditions to become increasingly dry and hospitable for wildfires. What grows fast can also easily and quickly dry out and burn. It’s inevitable that after every La Nina, the new grasslands will eventually wither and die. And when they do, there’s a very good chance they will catch fire.

What impact does La Niña have on drought and bushfires?

La Niña and other climate forces such as the Indian Ocean Dipole (IOD) and the Southern Annular Mode (SAM) increase the chances of rain in the Australian states New South Wales, eastern Victoria and southern parts of Queensland. The current influence of a significant negative IOD to our west will lose its impact in late spring to early summer, but SAM’s positive phase will remain into summer. While this coming season is anticipated to be extremely wet, it raises the chances of plant growth and greening, providing fuel for future bushfires once conditions dry out again.

Historically, major bushfire seasons in Australia have often followed La Niña events. For example, the 2010-11 La Niña event was followed by one of the most devastating bushfire seasons on record.  More than 100 million hectares — an area four times the size of the U.K — were burnt. The following year, La Niña conditions returned and were again followed by another severe bushfire season. La Nina’s effect on the Pacific Ocean resulted in abnormally heavy rains in the North East and North West Pastoral FBDs, resulting in exponential vegetation development. This was further exacerbated by the dry lightning season, which saw a significant number of bushfires occur throughout areas with a total land area of 5.58 million hectares.

According to Pep Canadell, chief research scientist at the CSIRO’s Climate Science Centre, the years of bushfire risk increased significantly following La Nina years. Climate Council director of research Simon Bradshaw explained that “when we inevitably get to another dry spell and that starts to dry out, we’ll see enormous amounts of dry fuel on the landscape, which then raises the risk of a very severe fire season.”

Naturally, now would be the best time to prepare for and mitigate the bushfire risks before El Nino takes over from La Nina. Yet, Australia is devastatingly underprepared for another Black Summer. Only 3% of disaster spending is committed to preparedness and resilience building. 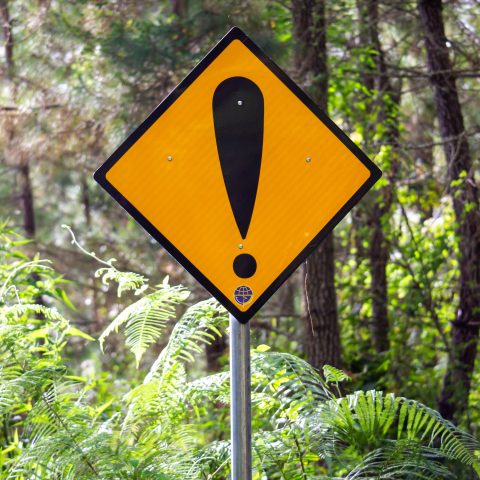 Photo by Muhammad Daudy via Unsplash

Why do we keep ignoring even the direst climate change warnings?

One could think that we would have learned some lessons from the catastrophic and heart-breaking losses caused by unprecedented bushfires due to climate change two years ago. We have been warned over and over again. Unfortunately, warnings often fail to change people’s behaviour. Volumes of published research have bad news for those who want the Australian Government to act and prepare. For starters, humans are stuck in short-term thinking. According to Hofstede’s cultural dimensions theory, Australia’s culture scored only 21 on long-term orientation and exhibits a relatively small propensity to save for the future.

Out of sight – out of mind

Humans are wired to respond to short-term problems first and foremost. The immediate danger of a La Nina is right now more pressing than bushfires that will be a problem later on. This bias towards the short-term can be attributed to two factors: cognitive biases and evolutionary psychology. Cognitive biases are mental shortcuts that humans use to make decisions quickly and efficiently. For example, the sunk cost fallacy is a cognitive bias that people continue investing in a project or endeavour even when it is clear that it is not going to be profitable. Evolutionary psychology is the branch of psychology that investigates how human behaviour evolved over time. One of the key tenets of evolutionary psychology is that humans are hardwired to survive and reproduce. This means that our brains are wired to focus on short-term problems and rewards, as these are critical for our survival and reproduction.

Another critical factor that contributes to our failure to respond to warnings is humans’ tendency to discount future risks. We are much better at responding to immediate threats than we are at responding to risks that may occur in the future. This is because we evolved in a world where immediate threats were more likely to kill us than future risks. As a result, we tend not to take future risks seriously, even when they pose a serious threat to our survival.

Its all about “me”

Humans are selfish. If we do not believe it would affect us, we are very reluctant to inconvenience ourselves unless we are forced to. Even when we know that bushfire risk is around the corner, plenty of people still do not budge. Just wait and see. It might not be as bad and most likely will affect others, but not me. We see here also the optimism bias at work. 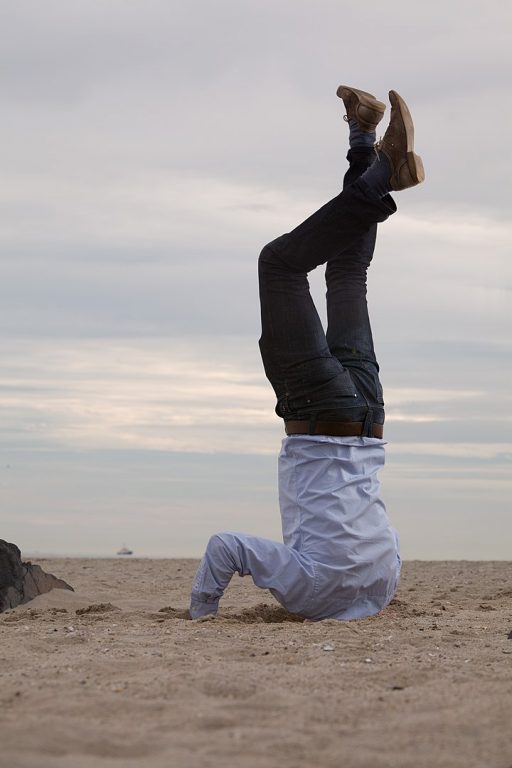 What is Optimism bias?

Optimism bias is a sense of perceived distance. The crisis will not impact me/us, and so, it’s okay to overlook the warnings. People tend to think that they are invulnerable and misfortune occurs only to other people but not themselves. The cognitive biases, along with our natural optimism, lead us to ignore the warnings because they require a change from us – and change is hard. We would rather stick to our comfortable routine than make the sacrifice required to address the problem. The warnings are becoming more and more urgent, and eventually, we will have to face the consequences of our inaction.

When we choose a path, we often continue down the road, even when it’s no longer the best option, simply because of how much time or energy we’ve already invested. This is a problem that asset owners have to face since existing hazard reduction approaches become less effective at mitigating and controlling fires during extreme weather events. Catastrophic fire conditions may render traditional bushfire prediction models and firefighting techniques less effective.

As climate change intensifies, bushfires become more frequent, intense and severe, affecting more extensive areas. The annual fire season is also likely to last longer. Australian farmers, plantation and forestry owners, power and telecommunication companies etc. have to find new and innovative solutions to protect their assets, and sustain food production and distribution in the face of this escalating fire risk. Wildfires have devastating impacts within and between these infrastructure systems. If one system fails, the other systems may not be resilient in an extreme event of a wildfire. For example, the loss of power has a direct impact on the communications sector. The impact of damaged infrastructure extends to industries such as farming and tourism. Loss of farmland affects food security. Destroyed forestry has a devastating impact on timber production, and so on.

An innovative solution to a global problem

Even though bushfires always have the potential to be destructive, the actions we take to mitigate, prepare, and respond to severe bush/wildfires will ultimately determine the level of severity and the degree of recovery from social, environmental, and economic impacts. The best way to reduce the incidence and severity of bushfires is simple: Detect fires early and put them out fast before they get out of control and cause catastrophic damage.

With this in mind, exci offers an unequalled, innovative solution to this global problem. exci is the ‘smoke alarm for the bush’. exci has developed a wildfire detection and notification system powered by deep machine learning algorithms that detect bushfires automatically within minutes after ignition. The advanced AI systems analyse data from ground-based cameras and satellites for the presence of smoke and heat. If exci’s AI detects a fire, reports are immediately sent to the relevant users, such as farmers, plantations, forestries, vineyards, orchard owners, power companies etc. Even small fires are automatically detected within minutes after ignition, with a near-zero-rate of false positives.

The effectiveness of exci’s technology was demonstrated in a large-scale proof of concept in California (over 125 million acres) and commercial deployments in Australia (plantations and forestry with over 2 million hectares).

The benefits of investing in exci’s early wildfire detection system

The benefits of taking action now in preparation for the next bushfire season to come are: